Players can select up to three consumable boosts to enhance their team in battle. Boosts are frequently granted as progression rewards in various events. They can also be acquired by winning battles, either as one of the four assigned rewards in a PvE node, or a random reward for completing any battle. Boosts can also be purchased with Iso-8 or Hero Points, although this option only becomes available once the current stock of boosts have been depleted.

The All Color boosts can also be obtained as progression rewards in Story and Versus events.

Boosts are grouped into the following categories:

There are currently 11 types of boosts in Marvel Puzzle Quest. Players can hold a maximum of 30 boosts of each type.

Can be stacked 2 times. 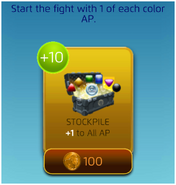 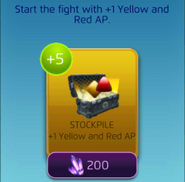 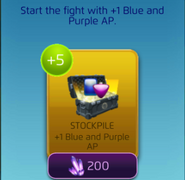 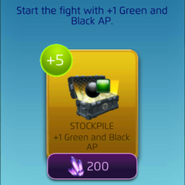 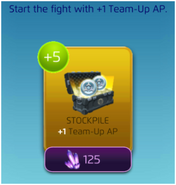 +1 AP Team-Up
Add a photo to this gallery

Can be stacked 5 times. 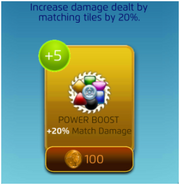 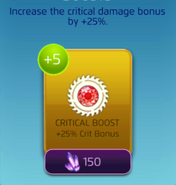 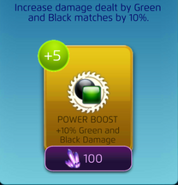 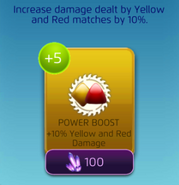 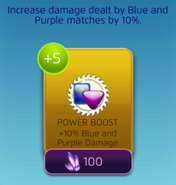 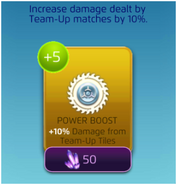 +10% Team-Up Damage
Add a photo to this gallery
Retrieved from "https://marvelpuzzlequest.fandom.com/wiki/Combat_Boosts?oldid=27419"
Community content is available under CC-BY-SA unless otherwise noted.